Ceviche, fresh raw fish marinated in lime/lemon juice, is an exotic favorite of Japanese who are also often called the Sushi Eaters.

Ceviche is popular in the coastal area of the Central and South America, made with fresh fish, shrimp, octopus, squid and other sea foods.

The recipe uses sour citrus juice such as lime and lemon for its citric acid denaturing the protein in the seafood and it changes its texture. Because of this, some people says the lemon/lime juice cooks the fish but this is not true. Although the citric acid somewhat suppresses the growth of bacteria, it does not kill bacteria. So I strongly recommend to use Sushi-grade fresh fish, or lightly boil the fish before marinating.

How to make:
1) Cut the fish into a bite size and lightly sprinkle with salt and pepper.

2) Place the cut fish in a bowl and add lemon juice, 3tbs of lime juice, chopped onion and dried oregano. Toss well and let it marinate in the refrigerator for 1-2 hours.

3) After a few hours, the fish meat has whiter color. Drain the liquid. 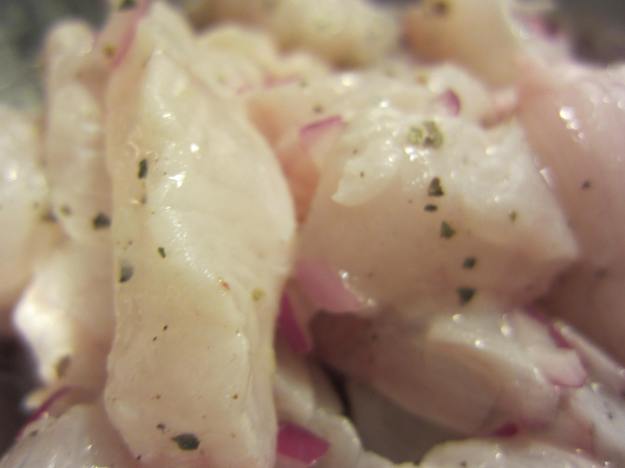 5) Mix the fish with chopped tomato and cilantro and remind lime juice according to how sour you like it to be. 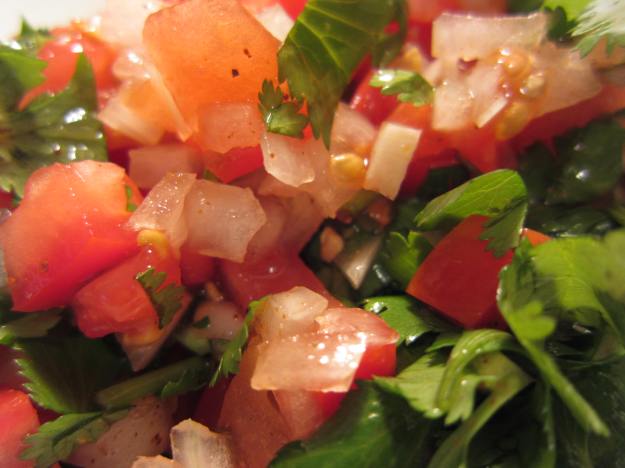 6) Season with salt and pepper, and chill pepper. Toss well and serve immediately.

I have this recipe in Japanese, too.
セビッチェ・南米のお刺身マリネ

My recipe blog in Japanese